The Marlins arguably possess the best bullpen in the majors at the moment. The group of solid pitchers have been reliable all season, and they continued to impress this weekend against the Dodgers. Unfortunately, Florida’s offense did not produce when offense was needed on Friday and Sunday.

In the series opener, the Dodgers went up by a run, twice, and Greg Dobbs came through, twice, to keep the game close. But in the ninth inning the Dodgers loaded the bases with no outs, and even with five infielders Dioner Navarro found a hole and singled to walk off. With the 3-2 win, the Marlins fell back to two games out of the division lead.

It was a night of missed opportunities for the Fish. They left seven on base, and one of their hottest hitters, Gaby Sanchez, bounced into two double plays with runners on. On the other hand, Greg Dobbs has been reliable all season for Florida. He is not a big home run guy that will make SportsCenter every day, but he gets the little hits with runners on base.

Saturday night was an interesting night for many reasons. Brian Sanches got hit first career start. He had appeared in 16 games this year for Florida, all in relief. And all relievers pitched all nine innings for Florida. The Dodgers scattered only six hits and one run. Edward Mujica notched the win, his fifth of the year to lead the team.

In the fifth inning Saturday, smoke began billowing over the third deck on the first base side of Dodger Stadium. The affected sections were evacuated and fans moved elsewhere in the stadium. As it turns out, a small warehouse containing paper products was the source of the benign fire, which was put out soon after the fire department arrived.

Moving back to baseball, Sunday was Ricky Nolasco’s second start on this west coast road trip. The veteran was previously 4-0, but was roughed up in L.A. He allowed fifteen hits resulting in eight runs in his first loss of the year. Meanwhile, the Marlins offense was shut down by Clayton Kershaw who went the distance. It was an afternoon the Fish would like to forget, but no real damage was done because the Phillies lost to New York.

The Marlins, after dropping two of three in Hollywood, are 4-2 on the west coast road trip. They still stand 2.0 games back of Philadelphia in the NL East. Florida stays out west tonight as they take on Arizona, where they have been relatively successful in recent history. The Braves have been slowly but surely creeping back in the division, and now stand 3.5 games out after last night’s defeat of Cincinnati. The Mets are also on the rise, but not an immediate threat at 8.5 games back. 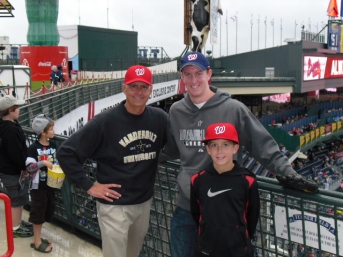 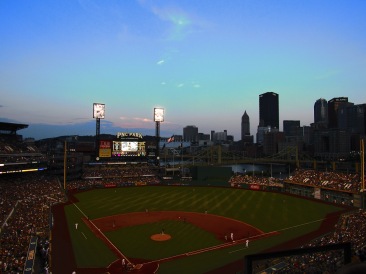 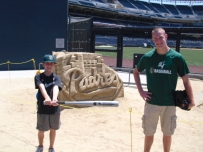 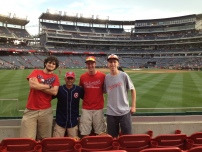