Breaking news hit the Washington Nationals this afternoon following their 1-0 win and sweep of the Mariners. Manager Jim Riggleman resigned his position today due to contract negotiations. According to GM Mike Rizzo, he had met with the manager prior to the game today when Riggleman announced that he was not happy with his contract and would resign following the game if negotiations were not made.

me and said that Rizzo was not willing to immediately discuss a new contract, Riggleman felt this was a message that he “was not the guy.” He said he would never again manage on a one year deal because that situation is not good for a ballclub. Riggleman added that he felt his leash was too short because he knew how to perform his managerial duties. Rizzo denied Riggleman’s offer to discuss the contract in Chicago tomorrow. 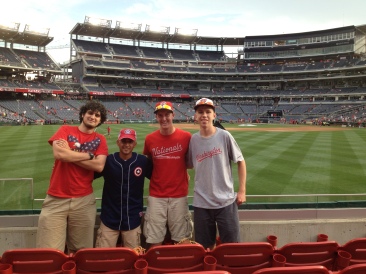